The Dangers of Bargain Basement Copywriting

A while ago I was in talks with a potential client about writing weekly blog posts for her business website. She was snowed under with the usual ins and outs of actually running her business, and although she was keen to have a regular blog to establish her brand, connect with customers and boost the SEO of her site, she simply didn’t have the time to do it herself.

After we spoke over the phone, and talked about the direction she wanted her blog to go in and what her brand’s ‘voice’ was, the client (I’m going to call her Barbara for the purposes of this story) decided to go ahead and hire me to write her blog on a weekly basis.

Before I’d had a chance to get a contract written up and sent over to Barbara, she called me to say that she’d found a friend of a friend who was offering to write her blog posts for £15 each, which is a lot lower than my blogging rates, so she’d decided to go with her instead.

We amicably parted ways, and you’d think that would have been the end of it . . . 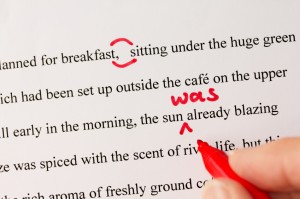 A couple of months later, Barbara contacted me again for help. Her writer had been delivering weekly blog posts to her, and all seemed OK. There were some minor spelling and grammar errors, and the blog posts didn’t totally capture the voice of Barbara’s business, but she wasn’t too worried about having to edit them herself. After all, she was only paying £15 per post.

After six weeks of her new blog being up and running, a colleague let Barbara know there might be a problem. The colleague had been looking at competitors’ blogs, and realised that what he was reading on one rang a bell. Yes, you’ve guessed it, it was very similar . . . too similar . . . to one of Barbara’s blog posts. Barbara immediately started reading through competitors’ blogs and pasting snippets of her blog posts into Google, and was shocked to find that the majority of her blog posts had been spun (using different words or sentence structure of an existing piece of writing) or outright copied from existing blogs. In fact, she found one paragraph from one of her posts, word for word, on a blog from 2008. Her ‘writer’ had obviously decided it was long enough ago that it didn’t need to be changed at all.

No wonder she was able to charge Barbara such rock-bottom prices!

How Can Cheap Copywriting Affect You?

Barbara had realised that what at first seemed like a real bargain was actually a false economy, and I’ve been writing her blog posts ever since.

When you use the services of a professional writer for your blog posts, website copy or marketing materials, you’re paying for the following: 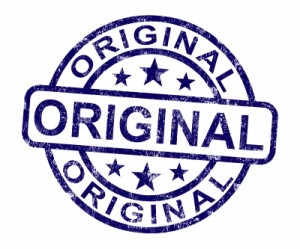 If your budget doesn’t yet stretch to paying a freelance writer, and you have the time, it’s usually best to write your content yourself. If you’re not 100% confident in your abilities, ask friends and family to read through what you’ve written – it usually pays to have a second pair of eyes to catch any mistakes.

© 2014 - emilyfowlerwrites.com. All Rights Reserved. Powered by Wordpress and Design by We Create Web Designs